The excitement on the field, the team spirit, the adrenalin rush, the pride after winning a game and the plain joy of playing are some of the reasons that attract youth to sports. The players and athletes rule the screens. The thorough training and the hard work needed to achieve excellence is also known to us.

Ever wondered, apart from the training, what goes into making any sporting event an unforgettable experience for the audience and getting the sportsperson to perform at their best?

A multidisciplinary team of scientists works behind the scenes to ensure that each runner, swimmer,  gymnast or player is in peak physical and mental condition to perform at their absolute best. As a result,  new fields of study, such as sports science, have emerged to improve the quality of sports and fitness.

You might think that ‘sports science’ or ‘fitness science’ is all about exercising and participating in sports, but that is not the case. Of course, it’s there, but there’s a lot more going on. Read on to learn more about it.

From cellular to whole-body views, sports science examines how the healthy human body functions during exercise, as well as how sport and physical activity improve health and performance. Physiology, psychology, anatomy, biomechanics, biochemistry, and biokinetics are all included in the study of sports science. To help athletes train hard and stay healthy, teams are now focusing on performance through sports science. It is now the responsibility of sports scientists to determine whether data is meaningful and what it means for performance.

Understanding the world’s most sophisticated machine

Movement, function, and performance are all studied in the subject of kinesiology to see how they affect general health and well-being. Kinesiology’s exercise science field examines the human body’s response to exercise, including the mechanics that underlie it.

In today’s time, wearable computers can monitor anything from blood pressure to sleep quality. These technologies have now made their way into the realm of athletics. Sports scientists today employ data and technology to benefit athletes of all levels. Though the basics remain the same, every human body responds to physical training in a different way. A training schedule that works for one player may not work for the other. The data and observations help the sports scientist to customize a training plan that works best for them. So it would not be wrong to say, now is the time when ‘data’ has a significant impact and revolutionizes how people are getting trained and competing.

As a broad field in sports, Sports Science examines various theories and methods for doing sports and exercising in the most scientific way possible. 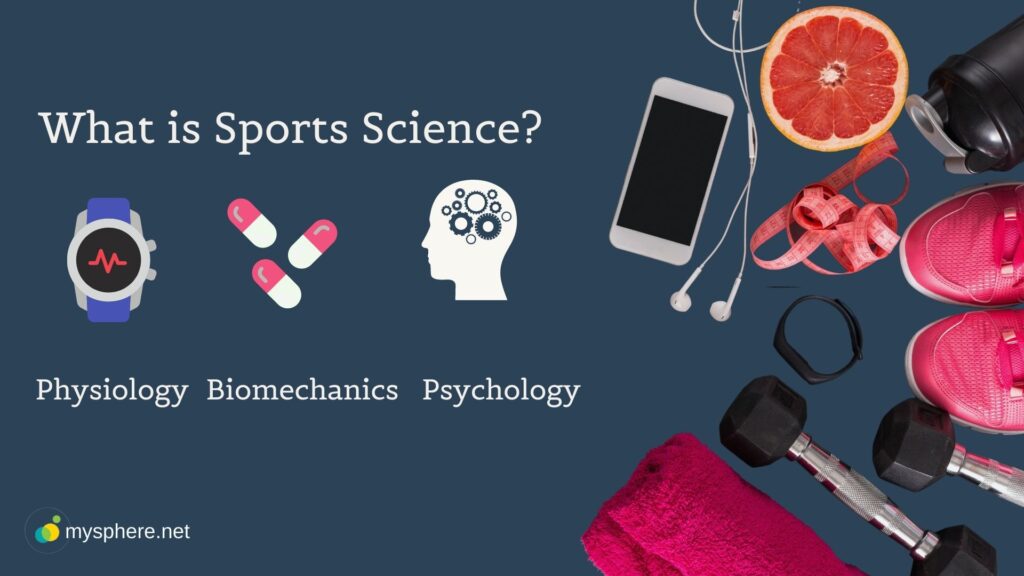 What do sports scientists do?

Whether it’s in elite performance sports or the impact on youngsters and the elderly in the community, sports scientists are obsessed with knowing how the human body operates under varying levels of pressure. The elite sport relies on science to help athletes train safely. Wearable sensors and machine-learning techniques are also being used by data scientists to prevent preventable injuries.

In endurance events, such as the marathon, mitochondria play a crucial role in determining success. Sports such as baseball and cricket need athletes to hit a ball moving at extraordinary speeds, and some coaches are turning to virtual reality to offer their players an advantage. As for gut microbes and athletic performance, microbiologists are just getting started.

Small GPS trackers, accelerometers and gyroscope sensors are attached to harnesses to capture data on how hard athletes’ bodies work during training and competition, allowing them to optimize their training and performance. How far did an athlete run? How much time did an athlete spend sprinting? How many times did they come to a hard stop? Using these numbers, sports science specialists can create a more comprehensive athlete profile. They work with coaches to alter training regimens based on their data-driven insights to achieve optimal health and readiness.

With the use of data-driven tools and cutting-edge technology, athletes can find the sweet spot between growing healthy muscle for peak performance and lowering their risk of injury while achieving peak performance.

Trainers must first learn how athletes move to help them move quicker and more efficiently. With the help of high-speed video cameras, sports science experts may closely examine body mechanics from multiple perspectives in second-by-second detail. In addition, it highlights troublesome actions that could lead to injury or offer chances to increase power or precision.

The demand for sports scientists and performance consultants is expanding, as is the number of jobs available with the sporting world striving to achieve the greatest possible results. Researchers have understood how the human body responds to exercise, training, varied settings, and many other stimuli via the scientific study of sport.

Some of the career opportunities in Kinesiology are listed below:

If you are a sports enthusiast, you may want to explore studying this field in addition to practising your sport to gain a better understanding of sports. So next time when you are at the play, don’t forget that there is a lot more at the play other than the sport itself.

Originally published at https://www.mysphere.net on November 12, 2021.